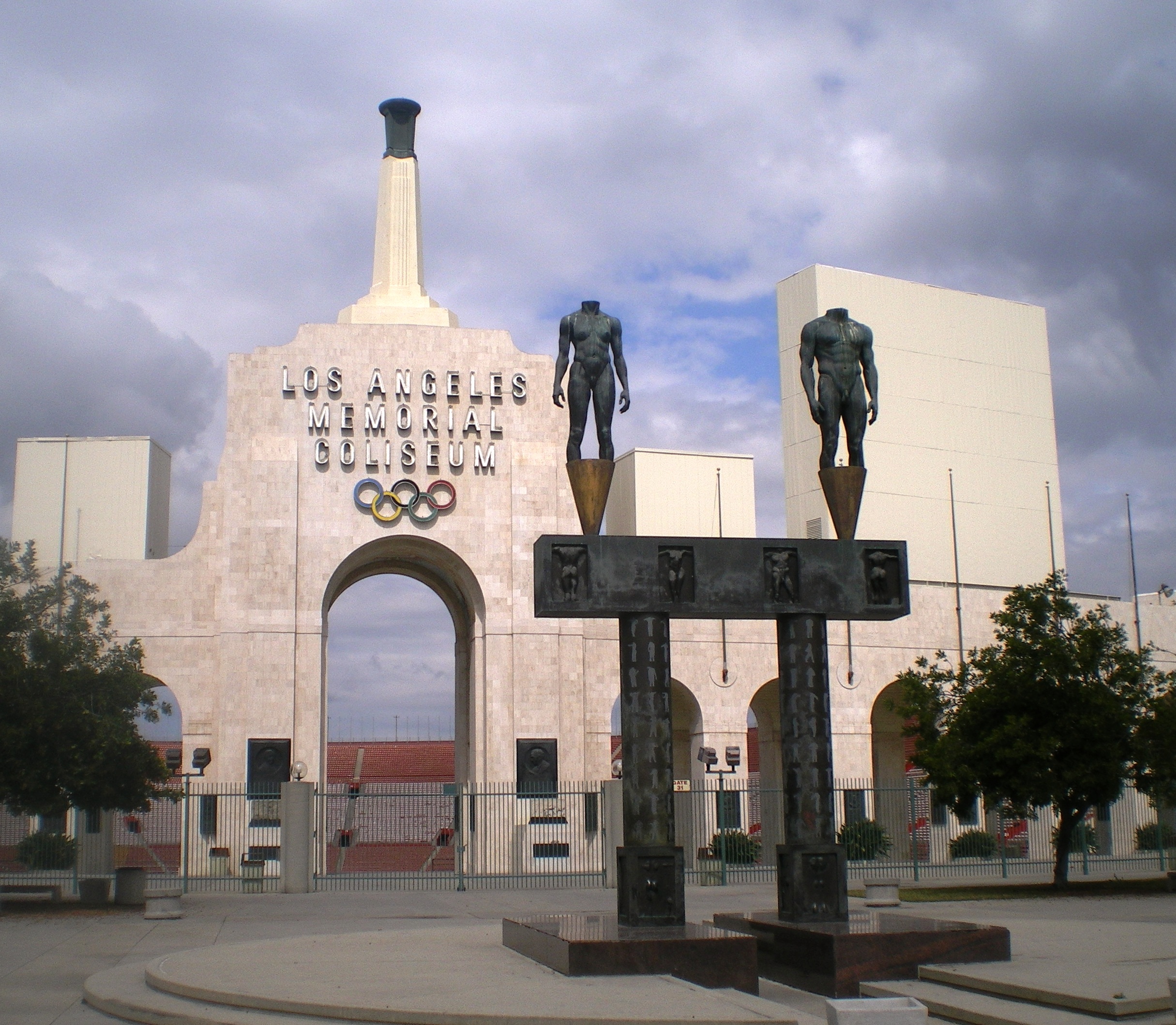 Every Olympic Games come with unique problems to be addressed, yet all of them encounter similar security concerns and threats. AEGIS Security & Investigations, based in Los Angeles, is keeping a close eye on this year’s Olympic Games as our home city starts planning for its own 2028 Summer Olympics. This article continues an exploration of the security considerations Los Angeles will face when it’s our turn to host.

In part 1 of our look at this topic, we delved into some security questions we thought were important to ask before lining up security for the big event. Here, we’ve outlined our top security considerations based on our experience as a Los Angeles event security agency.

Any large-scale event is bound to attract the masses, which is why we have “event security” as a specific area of the industry. With events that attract these big groups, managing the ingress and egress of people in a single location or between locations is critical. For the Olympics, this manifests itself on an even grander scale.

South Korea is expecting at least 100,000 spectators alone. These spectators will be moving between 13 venues in the course of a little more than two weeks (the Olympics are scheduled to conclude on Feb. 25). The Summer Olympics tend to attract even more athletes and spectators — in 2016, Rio had more than 10,000 competitors and at least 500,000 spectators, which was addressed with a huge security force of 85,000 security personnel — leaving LA 2028 open for an even bigger tourist boom than the city typically sees in the season.

Management of the crowds will be needed on multiple levels, including controlled access to venues, body and bag searches, and ticket/pass checks. Additionally, security personnel will need to ensure that emergency situations, such as medical emergencies, immediate threats and fights, are addressed swiftly and effectively.

Venue control for bag checks, person checks and ticket checks will be necessary to ensure that everyone is in compliance with the event rules and to reduce the risk of immediate threats, such as deadly assaults and terror attacks. This can be handled by large teams of security personnel that should include law enforcement officers, drug-sniffing canine units and trained private security officers.

Ultimately, we predict that Los Angeles will not only need effective crowd control to ensure that movement between venues and into venues is secure but also traffic control. We’re home to the world’s worst traffic congestion issues as of today, and the construction leading up to the Olympics over the next decade as well as the weeks immediately preceding the event through the end of the event will only intensify the situation.

Traffic control will need to be addressed by trained police and traffic officers, and response to accidents from the CHP, Sheriff, and local law enforcement throughout the county will need to be a top priority. Problems in traffic pose a security threat because lives are threatened on the roads when people disobey laws or simply are not familiar with the city’s driving tendencies (which tourists will likely be). In LA, this is a daily public safety challenge that presents itself as multiplying when the tourist attraction of an international event comes to town. 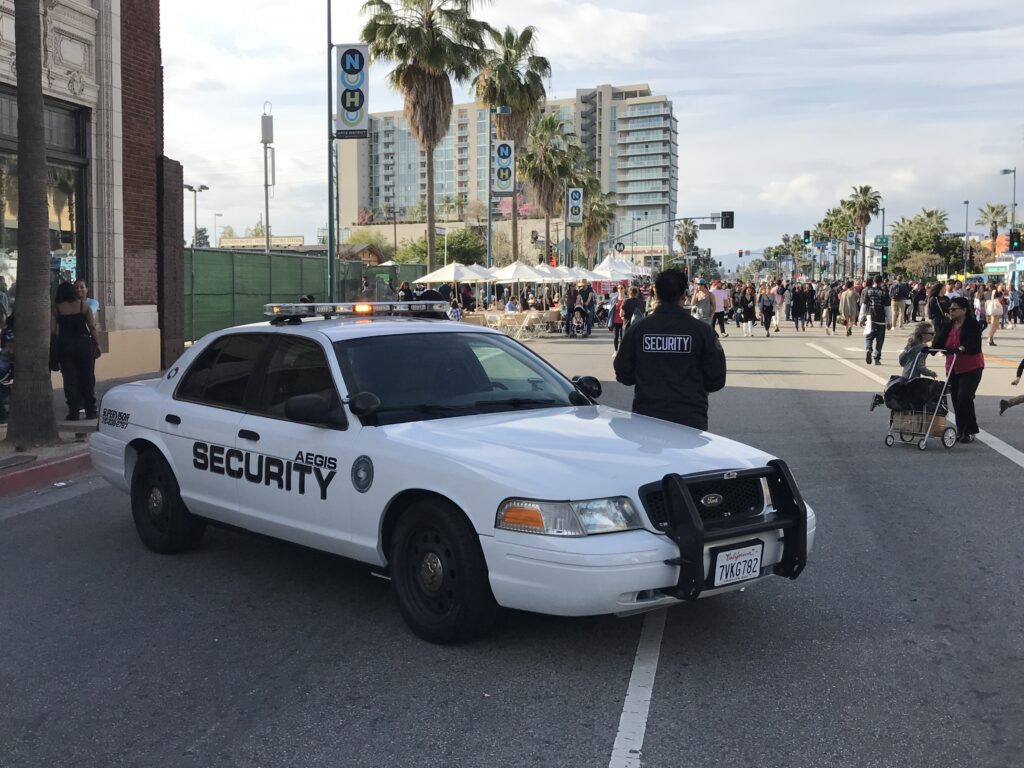 As discussed in terms of crowd control, venues will need to be secured for the ingress and egress of people. Checking individuals for banned items, such as weapons, drugs and alcohol, can greatly increase the safety of a venue in use. However, this isn’t the only time a venue needs to be secured.

Venues will need to be guarded 24/7 to deter vandalism and trespassing. Having physical, visible security officers will act as a deterrent to criminals because it communicates to potential violators that any action they do will be prevented, recorded and taken to the police. Having security officers on property ensures that a response can take place immediately in the case of a trespasser. Prevention of these security breaks is critical for large-scale events like the Olympics.

When LA 2028 comes, anticipate seeing an increased number of patrol cars, patrol officers and other security professionals around venues. On the same token, expect to see more people trying to sneak in. In the era of social media, anything that will get ratings will be attempted, even if it means breaking the law. 24/7 security will be needed for the Olympic venues across the city.

An additional task that we anticipate security officers will need to be utilized for is the removal of vagrants. Contracted security officers often encounter trespassers and the homeless in the course and scope of their duties at client sites throughout Los Angeles. The Los Angeles County homeless population has spiked 23 percent in the last year to nearly 58,000 people. Of that, over 42,000 are not in shelters. For the security sector, this means an increase in property protection and rule enforcement. For more considerations on working with the homeless community from a safety perspective in LA, check out AEGIS’ thoughts.

Safety of participants at Olympic Village

The competitors of the Olympics are not just famous in their events or their countries; they are VIP members of the event who need specific accommodations. As such, they will need additional protection and escort services to ensure their safety when moving from venue to venue.

As with the typical venue safety protocols that will need to be in place, the Olympic Village will need 24/7 patrols. Participants should be issued identifying passes as well as guest passes to ensure that everyone who comes into the Village is welcome. Security officers should anticipate crowds of fans, media reporters and basic paparazzi. With famous tennants come famous guests, and the LA Olympic coordinators should plan accordingly.

Some competitors will also need security details that will follow them between venues and station outside of their living space. Participants who are incredibly well-known (returning Olympians) or who have been threatened or stalked prior to the games should be offered additional security (if they do not already have their own). Executive protection requirements like this should be treated seriously.

EP agents have a unique set of skills that qualify them to work closely with a client, including former military or police service. Additionally, these agents generally have more years of experience in the field, including loss prevention and threat assessment that goes beyond a general site post. When worries arise just to get to and from an event or between parties, hiring a bodyguard can be the best route.

Los Angeles encounters terror threats on a somewhat regular basis whether it is from a school shooting to a localized bomb threat to grand gestures from a terrorist group on their media pages. Additionally, grand televised events like the Olympic Games are susceptible to these same threats. This combination makes a strong case for early threat management, mitigation and prevention.

With terror incidents on the rise, including a string of terrorist attacks in Europe just last year, Americans continue to question when the next 9/11 will hit our nation. In fact, terrorism tops off our nation’s list worries, superseding local crime, healthcare, and unemployment woes. There is a lot in place at the federal level: the FBI’s National Joint Terrorism Task Force operates and manages more than 100 local teams around the nation, allowing private and public sector agencies to share information to counter terrorism; the Department of Homeland Security is devoted to preventing terrorist activities; and we have a National Counterterrorism Center that is teamed up with nearly all federal departments to prevent terrorist activities.

Even with all of these agencies working to protect the public, we have a tendency to work ourselves into a frenzy of questions and anxiety about when we will be directly impacted. While this is a natural reaction, we need to take steps to learn how to react effectively in a terrorist situation so as to protect ourselves and others. More importantly, we need to ensure our event staff are trained and ready to react in any situation.

Threat management is activity directed toward locating, assessing, evaluating, measuring viability and, ultimately, mitigating threats to an acceptable level. In some cases, the threats may be dismissed due to inability to execute. In other cases, threats may escalate preventative measures to include fortified infrastructure, increased staffing and adjustment of plans. Threats can come from client activity, associates, accidents, natural causes, human error and intentional acts such as terror attacks.

Preventative measures through threat management services can make the difference response capability and the outcome of the execution of a threat.

AEGIS Security & Investigations provides threat management services across a broad spectrum of clients.  These clients can range from celebrities and VIPs, to corporate, educational, industrial, and institutional.  There are numerous factors to consider before any analysis begins including the actual, perceived, and likelihood of specific threats.

After identifying threats, AEGIS security consultants will recommend specific instructions to mitigate threats to the extent possible. We will assist through all levels of implementation if required.

Immediate value is benefited from a reduction in risk or liability, lost materials, excessive labor, maximizing efficiency and a possible reduction in general liability and workers compensation insurance premiums. Indirect value comes for preventing injury or property damage resulting from an incident that could be valued in the tens of millions of dollars.

Upon the conclusion, our firm is capable of facilitating additional processes required to complete the security program including sourcing, staffing, plan development, and managing improvements. Our cross functional analysis and end-to-end support differentiates from other firms by allowing us to manage the entire process from inception through full scale deployment and operation, all while supporting core business strategies of high ROI, open communication, and  efficiency.

In preparing for an event that is bound to bring hundreds of thousands of people to a city already millions-large, LA 2028 needs to anticipate as many security considerations as possible. The committees at work need to look at their expected crowds, venues and other needs that impact the safety of the event organizers, participants, spectators, esteemed guests, ceremony performers and residents. 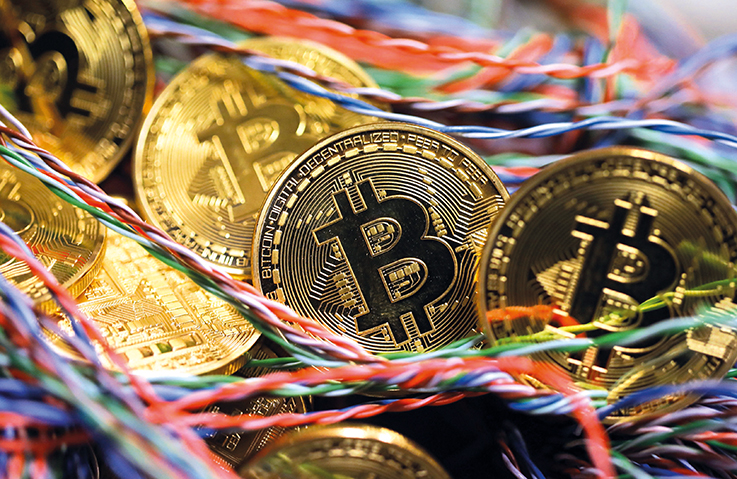