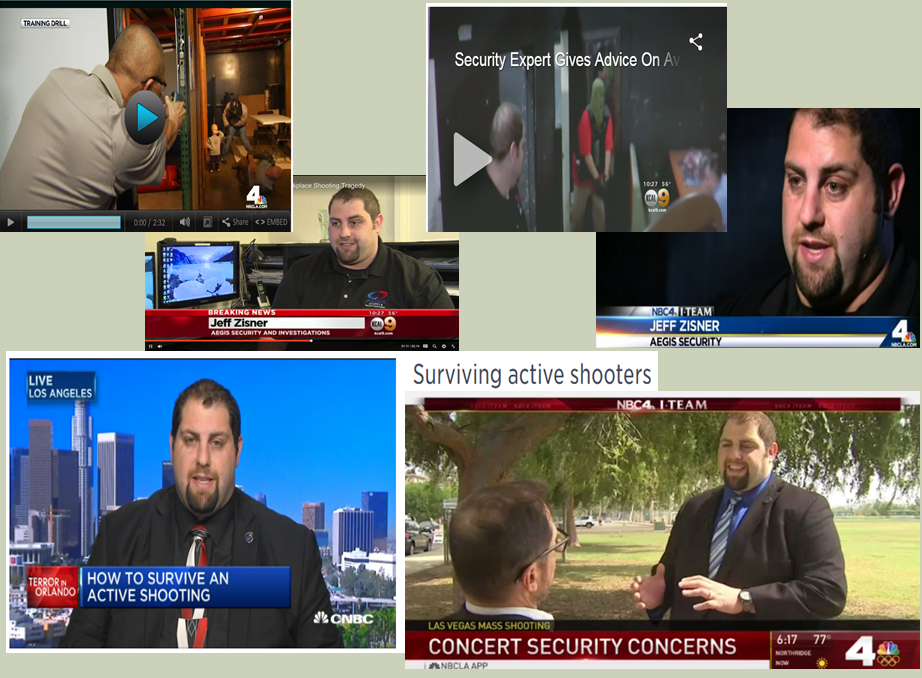 Undertaking a challenge so great as to curb gun violence means looking at the problem holistically and rationally. Identifying the root causes, implementing mitigation efforts, and increasing response capability is the trifecta necessary to affect change and reduce the number and impact impact of these incidents.

More often than not, there are pre-incident indicators, behavioral leakage, prior criminal convictions, and a history of increasingly hostile tendencies coupled with multiple stressors and compounding factors lead perpetrators down the pathway to violence  (FBI Active Shooter Incidents in the US 2018 Report). The solution is to develop an early warning system designed to identify individuals predisposed to violence and to prohibit them from easily obtaining firearms.

#1 Gun Control – This does not mean taking away law abiding citizens’ firearms. Rather, it means making sure those with a history of violence don’t easily obtain them.

Before an individual is allowed to purchase a firearm, they must pass a firearms safety and defensive shooting course. Pass a background check (more below), and purchase a safe. This effectively creates a license to own firearms. To maintain this license, a bi-annual re-qualification for shooting, a background check update, and a psychological risk evaluation should be performed.

When someone purchases a firearm retail, it initiates a federal and state level background check. This should be a 10 day waiting period with the result being anybody with a prohibited crime on their record being barred from purchasing a firearm.

The way our justice system works is felonies convictions are stored in state and federal databases while misdemeanor convictions are stored in individual counties’ records. A criminal pleading down a violent felony to a misdemeanor results in a crime that may not be red flagged when the firearm background check occurs since it’s not stored in the state or federal database. The solution is to change sentencing guidelines to allow the pleading down of the sentence (fines/prison/jail, etc) while still maintaining the record classification as a felony. It is already law that anybody with a felony conviction has to surrender their firearms. Furthermore, should the individual attempt the retail purchase of a firearm, it would be denied. This simple reclassification would eliminate offenders from having easy access to keep, obtain, or purchase firearms.

#2 Mental Health – Currently, our educational, healthcare, and government employees are required to report when a someone poses an immediate threat to themselves and/or others. By reducing the standard from immediate threat to reasonable suspicion of violence, mandated reporters can identify and report suspicious behavior while still maintaining regulatory compliance.

This coupled with civilian reporting will substantially increase the leads flowing in to law enforcement agencies for suspected violence. Friends, family, colleagues, and educators should be able to identify and report suspicious or otherwise atypical and increasingly erratic/aggressive behavior to law enforcement for investigation.

Law enforcement would then investigate the suspicion of violence for means, intent, and motive, and determine whether or not to file a “mental health felony” charge. As a result of the findings of the investigation, a firearm can be removed from an individual’s possession temporarily in an emergency situation.

An expedited “trial” would review the case and could result in a 3-5 year “at-risk mental health felony conviction” that would populate in the databases prior to a firearms purchase. The process would be relatively informal. There would not be any jail time or fines, but rather mandated support services. At the end of the term, the individual would be reviewed again and their felony status would either be extended or cleared. The reason for this classification of this as a felony is that anybody with a felony conviction would have to surrender their firearms, ergo – the individuals deemed at-risk.

#4 Train the public in pre-incident indicators of violence, suspicious activities reporting, and how to react and survive and active shooter attack by adding a standardized seminar for high school freshmen. The more people out there who are aware of these behaviors, the more reports law enforcement will receive tips and leads, the more investigations that can be opened. This training, working in concert with #1, #2, #3 would substantially reduce the amount of weapons in the hands of those pre-disposed to violence and get them the help they need in advance. The FBI’s report on active shooter incidents in 2018 stated, ” Given this reality, it is vital that citizens be afforded training so they understand the risks they face and the options they have available when active shooter incidents are unfolding.” This cannot be ignored.

The reality is, when there is an active assailant, we rely on firearm provided by law enforcement or an armed civilian (security guard or CCW) to defend people who are being attacked.

The longer an assailant has time on target, the more damage they can cause. The only highly effective way to disrupt their time on target is to execute a faster response than law enforcement can provide. With overtaxed law enforcement, vetting, training, equipping, and deputizing SELECTED security officers and civilians with the ability to carry concealed firearms would increase the likelihood of neutralizing an attacker faster in any environment. If .01% of the population carried a concealed firearm, there would conceivably be a capable responder seconds instead of minutes away from any incident, particularly in dense urban communities.

“Deputizing” vetted, trained, and knowledgeable security officers and civilians to carry concealed firearms would be with the sole purpose of self defense and active assailant emergency response in their immediate vicinity will reduce the total amount of time perpetrators will have to carry out their attack. They would not have law enforcement duties or responsibilities, but rather be barred from doing anything other than responding to an active shooter in their environment.

The level of training these folks should receive should be equivalent to the standard of an NRA Instructor or law enforcement defensive tactics instructor.

To mitigate the the blue on blue potential hazard, CCW civilians, armed security officers, off duty police, and responding officers will activate a phone based app that will allow them to immediately take a picture of themselves, activate their GPS, and turn on their microphone before responding. Dispatchers will then be able to relay information in real time to responding law enforcement and coordinate their efforts via a mapped overlay as well as collect valuable information via the microphone.

Will this plan stop gun violence? No, but it’ll reduce it substantially.

Will this plan eliminate domestic terrorism? No, but it’ll reduce firearms attacks substantially.

Will it anger those saying this plan infringes on the mandated reporters including the health care industry? Yes, but who else sees the injuries and talks to patients?

Will it anger those looking to reform gun laws because the plan calls for deputizing and arming citizens? Certainly, but how else would you respond to an armed assailant faster?

Will it anger those who believe one’s rights to firearms shouldn’t be infringed? Absolutely, but shouldn’t we not give rights of firearms ownership to those who present themselves to be a danger to themselves or others?

The mark of a great compromise is when both sides of the argument get wins and make concessions. If nothing is done to affect change, then we should be prepared to continue turning on the news and not surprised to see the latest attack. Let’s do something together and enact a plan that has the ability to change the world.

About the Security Expert

Jeff Zisner is an industry and media recognized security expert with over a decade of experience in the security and investigations industry. As the President & CEO, Jeff is responsible overseeing all facets of AEGIS’ security, investigations, training and consulting operations, manages clients, and ensures best practices and quality control adhered to from the top down.

Jeff is a proud Los Angeles native and a graduate of California State University, Northridge with a Bachelors of Science in Business Management and Psychology. Throughout his career, Jeff has dedicated his talents to reinventing the contracted security and investigations industry. His vision is of contracted teams of security and investigative professionals seamlessly integrated with client operations. This symbiotic relation would focus on providing high quality customer service oriented personnel with an emphasis and threat prevention instead of simply reaction.

Jeff began working in the industry as a security officer in 2005. Recognizing, developing, and implementing improvements for the logistical and operational shortfalls at client sites to which he was assigned lead to his promotion to Operations Manager for a local security firm. After growing the company and streamlining its processes, Jeff left the firm to pursue opportunities as a consultant and surveillance investigator, gaining valuable experience conducting threat assessments, varied types of security operations, and complex investigations.

His credentials also include Bureau of Security & Investigative Services Security Instructor, Private Investigator, board certification as a “Certified Protection Professional” by ASIS, and the FBI’s Infragard Commercial Facilities Sector Coordinator. Resulting from his dedication to Infragard’s mission and his production of high quality training workshops, Jeff was awarded the National Infragard Rookie of the Year Award 2012.

Jeff is the President and CEO of AEGIS, specializing in high-end, customer centric security, investigation, training and consulting services. Jeff can still be found in the field managing complex investigations and large scale events when he isn’t busy conducting security assessments, conducting training programs, or managing the day-to-day business of his firm.

In his free time, he spends time with his wife, dog, and close circle of friends, enjoys traveling, riding his motorcycle, firearms training, and exploring other business ventures.

California’s governor and multiple cities and counties announced the...

When government resources are insufficient to proactively contract trace...